Ran out of time to post last week as had been having such a ball with the second of the  Diamond Hill blocks that completely forgot which day was which until it was too late. Think have finally got my head around DHill being bright and Secret Garden being soft and delicate so let myself go with my brights and my second block is even brighter than my first. 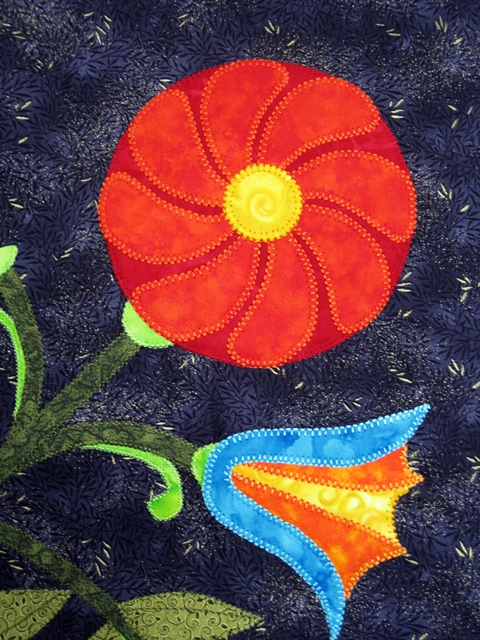 Decided this is the perfect quilt to let my machine applique stand out so tried out my double blanket stitch for the flowers which has a much larger stitch than I normally use. Also chose to use thrads that were slightly brighter than my fabrics to make the stitching stand out even more. After stitching the orange flower it was off to town as was not going to have enough thread to finish the block and although I had the aqua thread had no bright blue either. 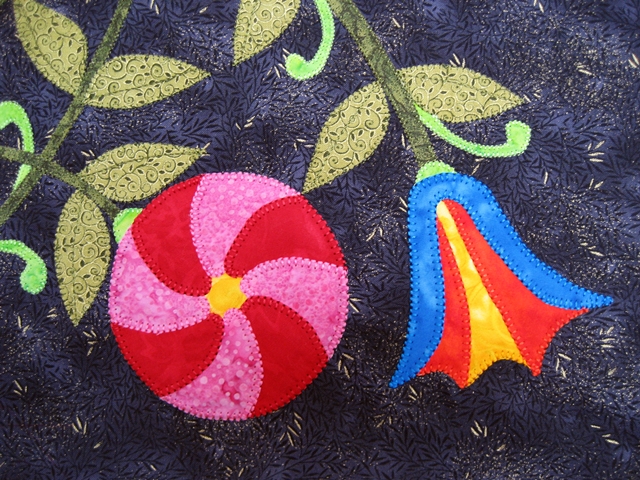 Have padded my flowers slightly and with the bold stitching they really do pop off the background. 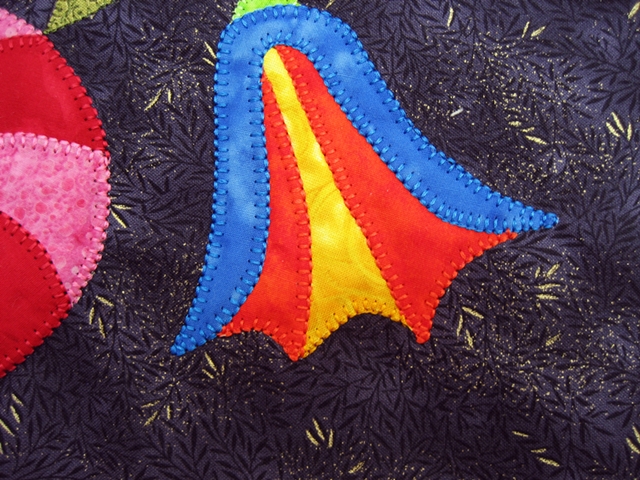 Had to really watch my points and curves with the bigger stitch, default setting is 3 length by 2.9 width so about 4 stitches from the points reduced my width for each stitch to  2.7  then 2.4 to 2.2 finally 2.0 for the stitch at the point then back out again on the other side, this meant I don't have overlapping stitches at the points. 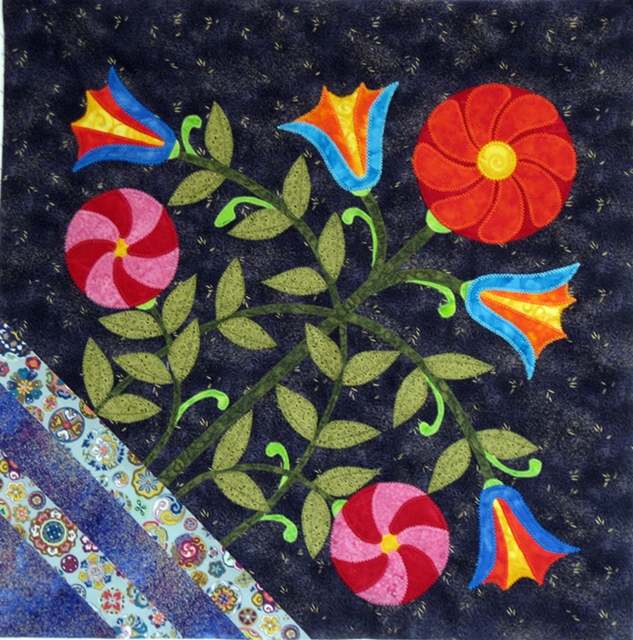 Have taken a different approach to the vase with this block and have redone my first vase. Had appliqued my vase to the background fabric but this was making it too stiff as had fused the complete vase. For this vase I cut my strips then just fused a quarter inch at the top of each strip to hold them together then fused the top edge into place on my block and cut away the background from underneath. Won't stitch until the borders are in place so that I can stitch the triangles at the same time.
Unpicked top edge of my first vase and redid it the same way. 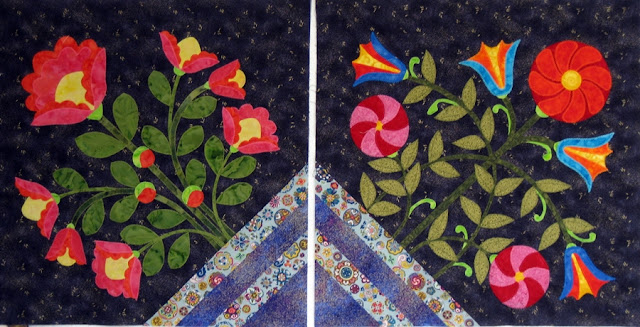 With block 2 finished I decided to play with the emboidery stitches on my Bernina, have not really used them and Diamond Hill has encourage me to play a little.
Had seen a heart quilt designed by Sarah Vedeler where the applique was embellished by embroidery machine, don't have that but wondered if I could do something similar with just my stitches so made a big heart and followed the design of one of her blocks. 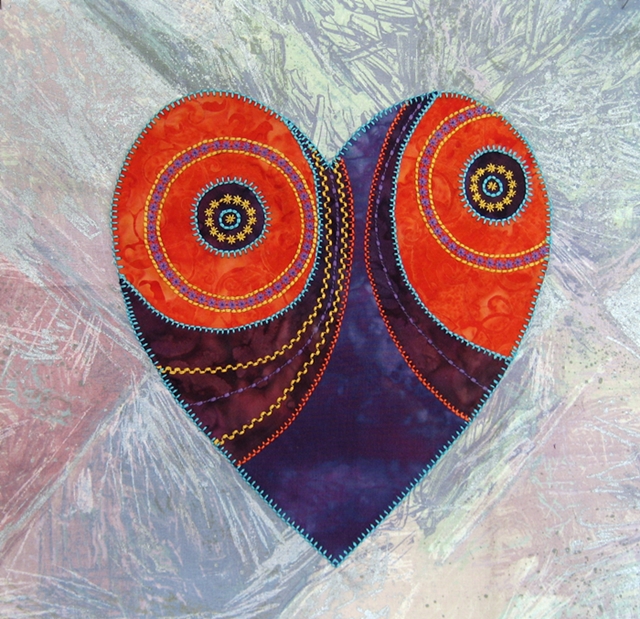 My version of a Sarah Vedeler Heart Block
Not any where near as detailed as the original but yes my machine can create some interesting stitches.
Mind you I was exhausted afterwards with the concentration of stitching accurately.

Well now it's Wed 1st march and I was awake super early knowing that Esther is realeasing part 2 of Secret Garden today. Last month it arrived in my mailbox at about 1am so was sure it would be there at 4am. It wasn't and I still haven't received a new email link but when I went back to the payment receipt link from a week ago block 2 was attached to that.
Thankyou Esther, block 2 is even more lovely than the first block, the bird sent me to the internet as my first thought was a magpie but we only have black and white ones in NZ and that didn't seem to fit. Gosh, they come in all sorts of colours and think I may have found the one for me. 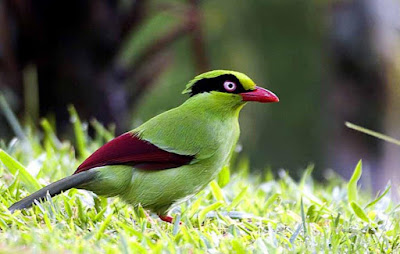 A Javan  Green Magpie
he looks so cute.
Think he will go well with Lilies and Bluebells so am off to make a start on my vase.

Enjoy your week everyone,
Cheers Jenny
Posted by Jenny at 09:36