Have had a wonderful couple of weeks working on Esther's Nov blocks.
It was so hard to decide which flower on what background, which is why I made my banksia flower first.
Knew the yellow would work on either but it was not until I went with the blue based green for my leaves that I made the decision, witth help from BOM members. 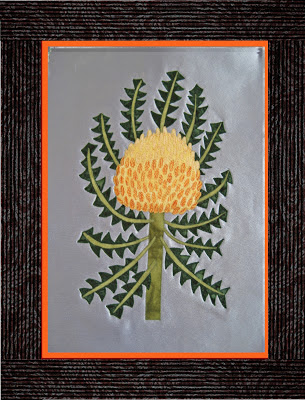 The leaves were very strong on my striped background but this feels more like looking at the flower against the sky. I had also felt that this was a more stylised block - until I googled images  and found that the leaves are really as serrated as the design shows. 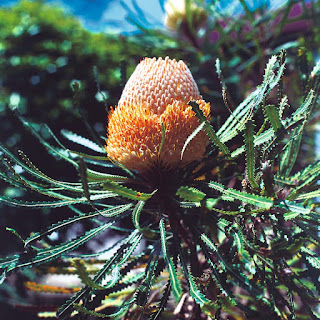 Beeding Hearts and Daisies, I  knew I couldn't do white daises but I had a of very very pale yellow Fairy Frost fabric which I really wanted to use.
My first magnolia block now looks very sad as I used the background fabric for several attempts to make it work - waste not - want not, as if I need to remake a block I only have one piece of striped fabric to spare!!! However it would not work but I am thrilled with the how my final choice worked.
It was also my base fabric for the Banksia Flower. 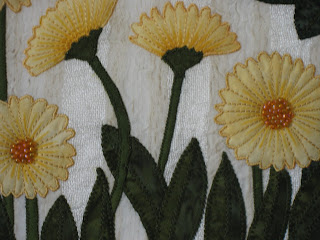 I put my daisy on stabiliser and  marked the center circle, straight stitched all the petals out and back from inside the center, then trimmed the stabiliser and padded the Daisy. Satin stitched the edges then did one cicle of stitching to flatten the center and added the beads. 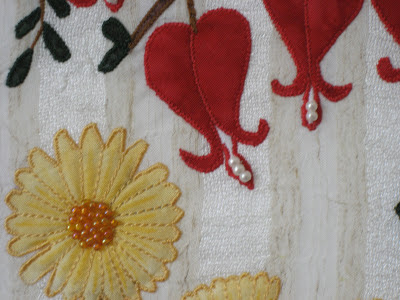 The Bleeding Hearts look a little more orange/red in this photo but it is a blue/red which works well with my border fabric. I now have both red and yellow flowers in mainly pink based blocks so am very happy.
Slight errors in fabric movement when satin stitching the "teardrops" frustrated me but had always planned on adding at least one bead. When I opened my bead packet I found many had not seperated into singles.They looked so good in two's and three's I used them as was, but did seperate and catch each one down as  I stitched them. 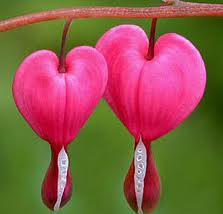 This was my inspiration photo.

Knew there was a myth  linked to Bleeding Heart's and have always thought of the throat as Teardrops. Think the pearl beads express this, may even add an extra couple of falling teardrops after quilting!!! 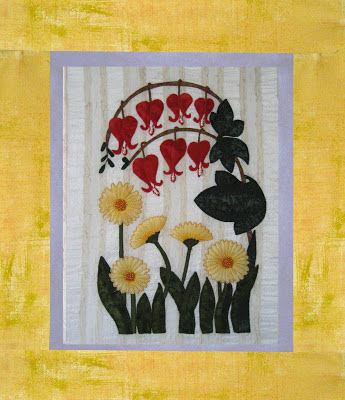 My DH came home last night with the  most winderful Pelergonium,
Almost Black I have never seen anything like it. 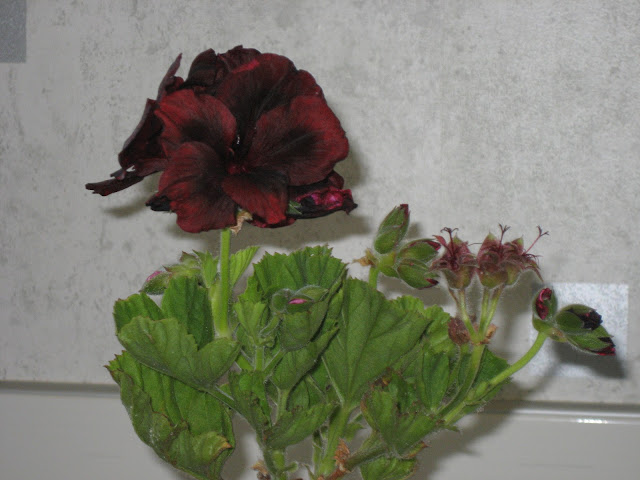 repotted it this morning and it will be wonderful on our deck.
Also bought home a Fucshia cutting and I really hope this survives. 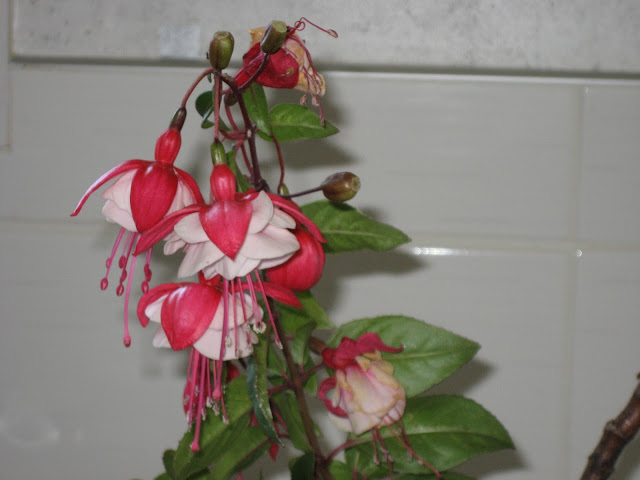 What a beauty. Almost cried when I stripped it's flowers this morning and planted stem into pumice.
Hopefully we will enjoyi t's beauty for years to come.
Enjoy you wednesday.
Jenny
Posted by Jenny at 13:26

Email ThisBlogThis!Share to TwitterShare to FacebookShare to Pinterest
Labels: Applique, Forget me Not, WOW